Compass of the Times 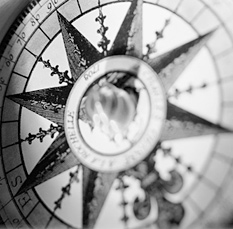 Sailing uncharted waters of this era, we earnestly aspire to pave a path by applying the insights from the Study of the Soul to human beings and the world. Keiko Takahashi shows us the path to take by illuminating the past, present, and the future.

In response to each individual’s wish to pursue more of the Study of the Soul, Takahashi Sensei provides us with Words of the Month and Compass of the Times each month, which, interrelated to each other, serve not only as clues for our studies and practice, but also as monthly guidelines for living our lives.

To Maintain Our Inner Order

Reflecting on the Progress of This Year

The end of the year is approaching again.

How has the progress of the year been for you?

The Turn of the Internal Cycle

It is now November, and we only have two months left until the end of this year.

The Change of Dimensions

Life Begins with the Aspiration to Be Born

We live in an era of turbulence in which our society changes at tremendous speed.

The Change of Dimensions

To Live in Three Dimensions

There are only four months left in the year. How has your journey been as the end of the year approaches?

Focus on the Initiative

Why Do You Take Self-Destructive Actions?

Human beings can be strange creatures because some keep taking actions that are seen to be ruinous to themselves.

To Burn Our Energy of Life

We are having another hot summer season this year.

It has been pointed out that Japan’s climate is becoming subtropical due to global warming in recent years.

Opening Up a Canal

A Canal That Can Rejuvenate Barrenness in Nature

The cultivation of barren and deserted lands in nature and plowing such rejuvenated fields can be described as the challenge that human beings have repeatedly taken on throughout history. In particular, the idea of creating a canal to irrigate paddy fields has been a great undertaking that has influenced the future of many people in multiple eras.

To Nurture Our Mind

Every April we hold the Zenyu Gathering in commemoration of the anniversary of GLA. Although I have referred to the meaning of Zenyu several times in the past, I would like to look back on it once again.

The Issue of the 21st Century Called “Loneliness”

In January of 2018, news made headlines around the world that Theresa May, the Prime Minister of the UK, which is in the turmoil of Brexit, “created a new post called minister for loneliness.

The Truth of Inner-Outer Unification

It has been a month since the beginning of the new year. I believe many of you are now entering the time when you need to take steps in advancing your goals for the new year in full force. This month, I would like to take up one of the Divine Truths that will support you on your path this year.

The Door to the New Year

Happy new year.
This is the beginning of the new year 2019.

Now that you opened its door, what kind of feeling do you have? Are you envisioning the first step that is appropriate for the beginning of the year?